While the entire world has very strong opinions about this particular presidential race, there is one glimmer of positivity that we here at Works Design Group have enjoyed: the fact that this is, by far, one of the most interesting and exciting instances of political branding that we have ever seen. We have been inspired by some of the things that we’ve noticed throughout the 2016 presidential campaign, and so we have put together an infographic to showcase some of the most important strengths and weaknesses of both Hillary Clinton and Donald Trump. As branding professionals, we wanted to share some of our thoughts on both of these truly extraordinary and unusual campaigns.

Politics aside, Trump has proven himself to be a master brander. From his constant repetition and consistent use of his slogan (which he has slapped across a now-iconic baseball cap) to his unique podium design, he reinforces his image in such an intense way that no American can pretend to not know his message, whether they agree with it or not.

Hillary, alternatively, has achieved more mixed results with her branding efforts. On the one hand, her logo is sleek, simple, and versatile, having been designed by one of the most famous and respected designers today (Michael Beirut of Pentagram). On the other hand, her attempts at catchy slogans have been weak at best. By employing several different slogans that have failed to achieve anywhere near the level of recognizability that “Make America Great Again” has, her image in this campaign has become a bit more muddled.

You Can find Full Infographic at : http://worksdesigngroup.com/donald-trump-vs-hillary-clinton-branding-infographic/

2016: An Election of Surprises 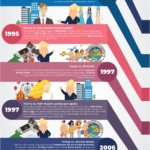 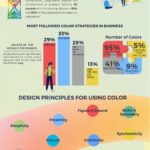 Psychology of Color in Branding 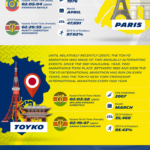 7 Great Marathons From Around the World 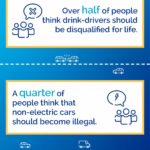