Today is the era of cars. No.. Let me correct it. It is the era of super cars having bombastic features. People are in the race to buy such cars which not only fulfil all the needs of a super car like horsepower, powerful engine, beautiful and luxurious interior, but also make them prominent in the society. To have all these things in your garage, you have to spend some extra pounds than the other cars. There are numerous car manufacturers who have produced some of the most expensive cars of the world. These cars cannot be afforded by every person. Big business men, footballers, media personalities and people of upper class can only afford them. This race begins from the Koenigsegg Regera. We have compiled a list of 10 most expensive cars in 2016 and this is at the 10th number having the price badge of 1.5 million pounds. Is it too much? No, it’s only the beginning. This infographic will show you not only the other 9 most expensive cars, but also elaborates their amazing features like top speed, horsepower and engine power. 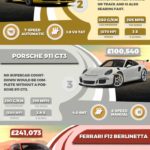 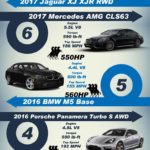 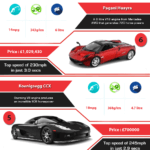 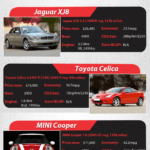