The automobile industry in the 1920s aroused popular interest because of its influence on society. Despite the fact that the automobile was created in Europe in the late 19th century, mass production techniques allowed the United States to dominate the world market in the first part of the 20th century.

The situation drastically changed in the second half of the century as western European countries and Japan became significant exporters and manufacturers. The History of Automotive Industry A three-wheeled steamboat was created in 1769 by French inventor Nicholas-Joseph Cugnot to help the French army transport artillery pieces.

Despite the fact that Cugnot’s invention was incredibly slow and impractical, he is nevertheless credited with creating the first motorized road vehicle. A decade after Karl Benz obtained a German patent to build the first car powered by an internal combustion engine, commercial automotive production began in the United States in 1896. He founded the Mercedes-Benz automobile company in Germany.

The Ongoing Development Numerous times, manufacturers have reinvented the car in response to consumer demand. Since 1769, the automobile industry has produced, innovated, and fundamentally changed how we live—from anti-lock brake systems and hybrid cars to the first all-electric vehicle with highway capability.

The introduction of new technology, including improvements in in-car services and online vehicle access, is a positive modernity. You will therefore enjoy this infographic whether you are a devoted follower of the most recent vehicle news or a casual watcher of industry tidbits.

The statistics, facts, and trends affecting the automotive sector today are listed here. 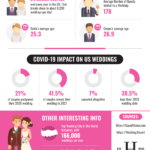 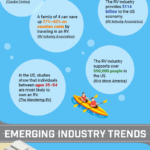 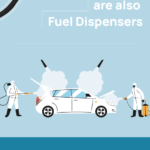 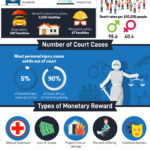